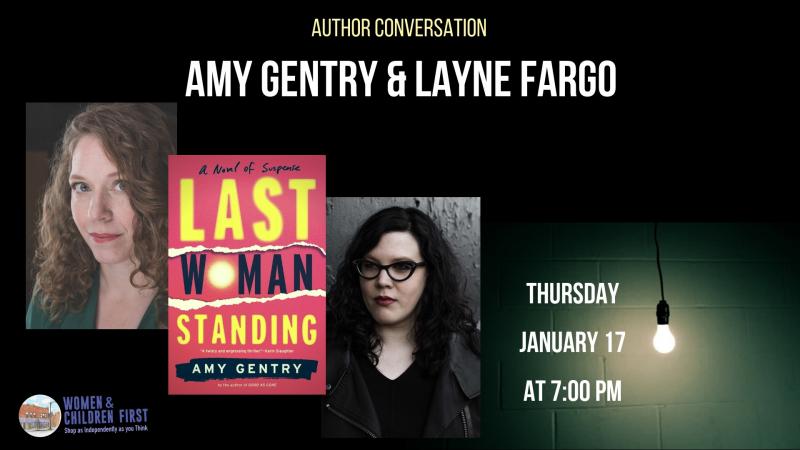 When Dana Diaz, an aspiring stand‑up comedian, meets tough computer programmer Amanda Dorn, the two bond over their struggles in boys’ club professions. Dana confides that she’s recently been harassed and assaulted while in L.A., and Amanda comes up with a plan: they should go after each other’s assailants, Strangers on a Train–style. But Dana finds that revenge, however sweet, draws her into a more complicated series of betrayals. Soon her distrust turns to paranoia, encompassing strangers, friends—and even herself. At what cost will she get her vengeance? Who will end up getting hurt? And when it’s all over, will there be anyone left to trust?

Amy Gentry is the author of Good as Gone, a New York Times Book Review Notable Book. She is also a book reviewer and essayist whose work has appeared in numerous outlets, including the Chicago Tribune, the Paris Review, and the Los Angeles Review of Books, among others. She holds a PhD in English from the University of Chicago and lives in Austin, Texas.

Layne Fargo has Master’s degrees in theater and library science. She’s a Pitch Wars mentor and a member of the Chicagoland chapter of Sisters in Crime. Layne lives in Chicago with her partner and their pets.