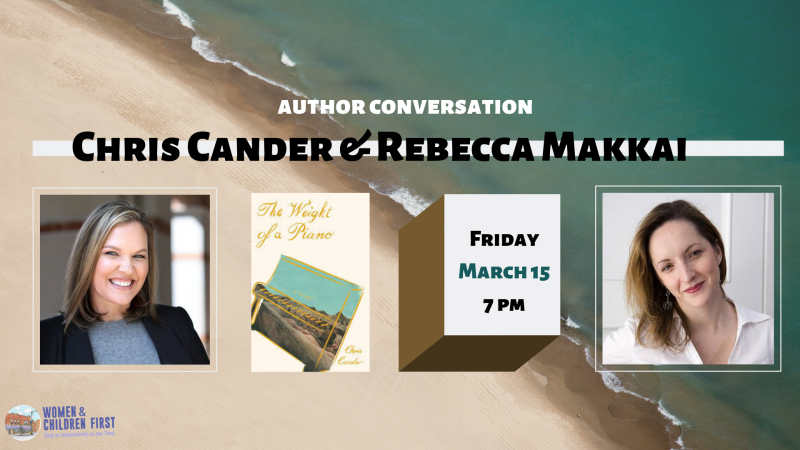 In 1962 in the Soviet Union, eight-year-old Katya is bequeathed what will become the love of her life: a Blüthner piano. But after marrying, she emigrates with her young family from Russia to America and her beloved piano is lost. In 2012, in Bakersfield, California, 26-year-old Clara Lundy is looking for a new apartment, which is complicated by a Blüthner upright she has never learned to play but was a gift from her father shortly  before he and her mother died in a fire. Perfect for fans of Ann Patchett, this novel follows the obsessive love two women hold for an instrument and the connections it carries.

Chris Cander graduated from the Honors College at the University of Houston, in the city where she was raised and still lives, with her husband, daughter, and son. She serves on the Inprint advisory board and for seven years has been a writer-in-residence for Writers in the Schools there. Her first novel, 11 Stories, won the Independent Publisher Gold Medal for Popular Fiction, and her most recent, Whisper Hollow, was long-listed for the Great Santini Fiction Prize by the Southern Independent Booksellers Alliance. She is also the author of The Word Burglar, which won the 2014 Moonbeam Children's Book Award.

Rebecca Makkai is a Chicago-based author of numerous books, including The Great Believers, which was a finalist for the 2018 National Book Award.

The Weight of a Piano: A novel (Hardcover)