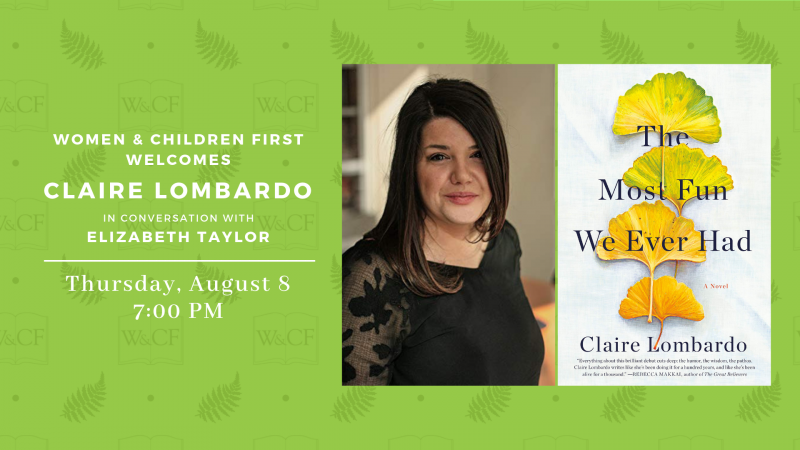 Join us for a reading, conversation, and discussion in honor of The Most Fun We Ever Had by Claire Lombardo. For this event, Claire will be in conversation with Elizabeth Taylor.

Marilyn Connolly and David Sorenson fall in love in the 1970s and make a family together. By 2016, their four radically different daughters are each in a state of unrest, but they share the fear that they will never find a love quite like their parents'. The arrival of Jonah Bendt--given up by one of the daughters in a closed adoption fifteen years before--triggers a year of great tumult. Set in Chicagoland and spanning nearly half a century, Lombardo's debut explores the triumphs and burdens of love; the fraught tethers of parenthood and sisterhood; and the baffling mixture of affection, abhorrence, resistance, and submission we feel for those closest to us.

Claire Lombardo earned her MFA in fiction at the Iowa Writers' Workshop. She was born and raised in Oak Park, Illinois. A former social worker, she now teaches fiction writing and is at work on a second novel.

Elizabeth Taylor is the Co-founder of The National Book Review, co-author of American Pharoah, and Literary Editor at Large for the Chicago Tribune.

The Most Fun We Ever Had: A Novel (Hardcover)