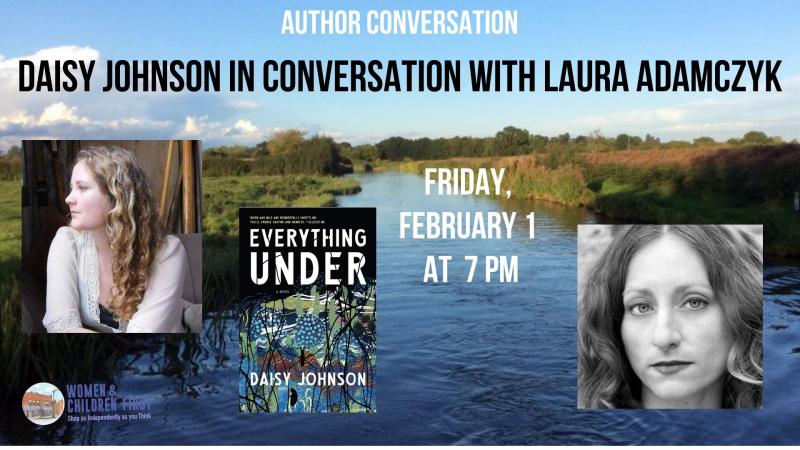 The dictionary doesn’t contain every word. Gretel, a lexicographer by trade, knows this better than most. She grew up on a houseboat with her mother, wandering the canals of Oxford and speaking a private language of their own invention. Her mother disappeared when Gretel was a teen, abandoning her to foster care, and Gretel has tried to move on, spending her days updating dictionary entries.

One phone call from her mother is all it takes for the past to come rushing back. To find her, Gretel will have to recover buried memories of her final, fateful winter on the canals.

Daisy Johnson is the author of the short-story collection Fen. She is the winner of the Harper’s Bazaar Short Story Prize, the A. M. Heath Prize, and the Edge Hill Short Story Prize. She lives in Oxford, England, by the river.

Laura Adamczyk’s fiction has won awards from the Union League Civic & Arts Foundation of Chicago and has appeared in Hobart, Chicago Reader, PANK, and Bellevue Literary Review, among others. Her debut book is the story collection Hardly Children. Her story “Girls,” published in Guernica, won the 2014 Dzanc Books / Disquiet International Literary Program Award. She works at The A.V. Club in Chicago.

Everything Under: A Novel (Paperback)