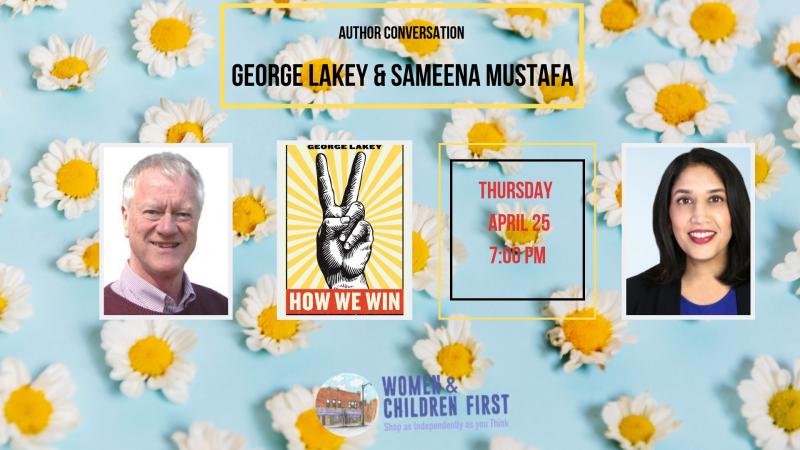 Beginning as a trainer in the civil rights movement of the 1960s, George Lakey has been on the front lines of social change for decades.

Now, in this timely and down-to-earth guide, he passes the torch to a new generation of activists hitting the streets. He looks to successful campaigns across the world to help us see what has worked and what hasn’t: from choosing the right target, to designing a creative campaign; from avoiding burnout within your group, to building a movement of movements to achieve real progressive victories.

Drawing on the experiences of a diverse set of ambitious change-makers, How We Win shows us the way to justice, peace, and a sustainable economy. This is what democracy looks like.

George Lakey has been active in direct action campaigns for six decades. Recently retired from Swarthmore College, where he was the Eugene M. Lang Visiting Professor for Issues of Social Change, Lakey was first arrested at a civil rights demonstration in March 1963, and his most recent arrest was March 29, 2018, as a participant in the Power Local Green Jobs Campaign. He lives in Philadelphia.

Sameena Mustafa ran as a Justice Democrat, the organization behind Alexandria Ocasio-Cortez, for U.S. Congress in IL’s 5th District. She hosts "To the Left," a weekly progressive talk show on WCPT 820, with political activist, Shana East. With State Rep. Litesa Wallace and Martese Chism of National Nurses United, she co-founded Illinois for All, a multi-racial freedom fighter Our Revolution affiliate. A graduate of Northwestern University, she serves on the board of League of Women Voters Chicago, advisory boards of State Matters and Chicago Women's Health Center, and as a leader in the Chicago Medicare for All Coalition.

How We Win: A Guide to Nonviolent Direct Action Campaigning (Paperback)