Join us as we celebrate two of the most captivating voices in Chicago’s literary scene today. For this event, Jessica Hopper (The First Collection of Criticism by a Living Female Rock Critic) and Suzanne Scanlon (Her 37th Year: An Index) will begin with a reading followed by a conversation moderated by Naomi Huffman, editor-in-chief at Curbside Splendor. Jessica Hopper's The First Collection documents the last 20 years of American music making and the shifting landscape of music consumption. Featuring album reviews, essays, columns, essays, interviews, and oral histories, this book journeys through the insurgence of Riot Grrrl; decamps to Gary, Indiana on the eve of Michael Jackson's death; examines the rise of emo's; and much more. Hopper’s work regularly appears in the Chicago Reader, LA Weekly, and SPIN, among others. She is also the music consultant for the public radio show This American Life and has worked as a tour manager, band publicist, DJ, touring bassist, Girls Rock Camp booster, and fanzine publisher. She lives in Chicago. Suzanne Scanlon’s experimental memoir Her 37th Year, An Index is the story of a year in one woman’s life. Structured as an index, the work is a collage of excerpted conversations, letters, quotations, moments, and dreams. An exploration of longing and desire, the story follows a moment of crisis in a marriage and in the life of a woman who remains haunted by an unassimilable past. Suzanne Scanlon is the author of Promising Young Women. She lives in Chicago and teaches in the creative writing programs at Columbia College and Roosevelt University. 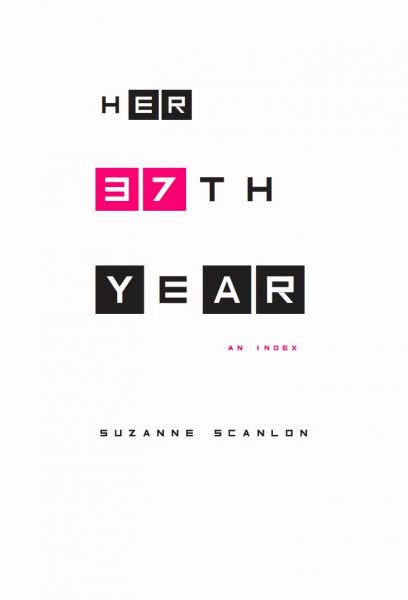