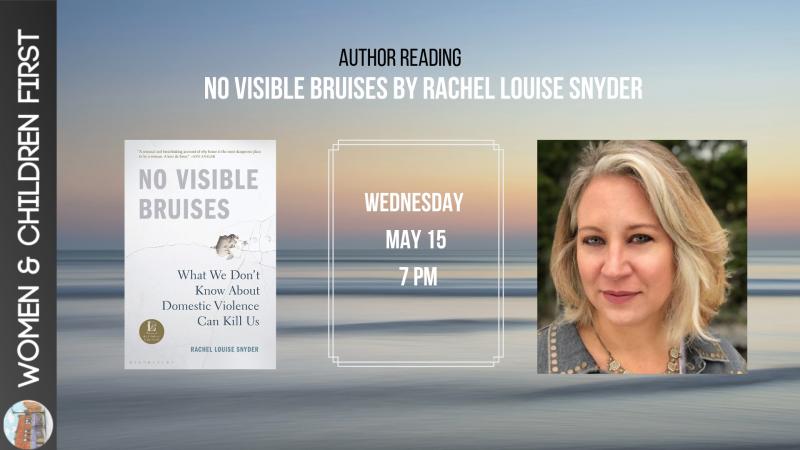 We call it domestic violence. We call it private violence. Sometimes we call it intimate terrorism. But whatever we call it, we generally do not believe it has anything at all to do with us, despite the World Health Organization deeming it a “global epidemic.” In America, domestic violence accounts for 15 percent of all violent crime, and yet it remains locked in silence, even as its tendrils reach unseen into so many of our most pressing national issues, from our economy to our education system, from mass shootings to mass incarceration to #MeToo. We still have not taken the true measure of this problem.

In No Visible Bruises, journalist Rachel Louise Snyder gives context for what we don't know we're seeing. She frames this urgent and immersive account of the scale of domestic violence in our country around key stories that explode the common myths-that if things were bad enough, victims would just leave; that a violent person cannot become nonviolent; that shelter is an adequate response; and most insidiously that violence inside the home is a private matter, sealed from the public sphere and disconnected from other forms of violence. Through the stories of victims, perpetrators, law enforcement, and reform movements from across the country, Snyder explores the real roots of private violence, its far-reaching consequences for society, and what it will take to truly address it.

Rachel Louise Snyder's work has appeared in the New Yorker, the New York Times Magazine, the Washington Post, the New Republic, and elsewhere. Her other books include Fugitive Denim: A Moving Story of People and Pants in the Borderless World of Global Trade, and the novel What We've Lost is Nothing. She has been the recipient of an Overseas Press Award for her work on This American Life. No Visible Bruises was awarded the J. Anthony Lukas Work-in-Progress Award. An associate professor at American University, Snyder lives in Washington, D.C. Follow her on Twitter at @RLSWrites

No Visible Bruises: What We Don’t Know About Domestic Violence Can Kill Us (Hardcover)