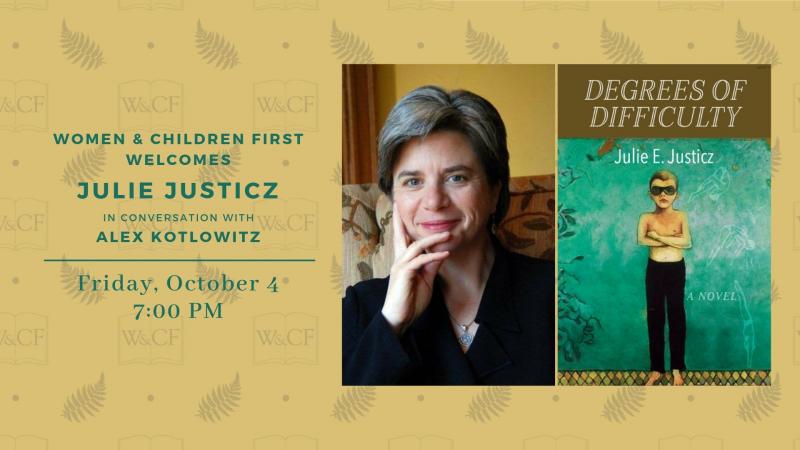 Please join us for the release of Degrees of Difficulty by Julie Justicz. For this event, Julie will be in conversation with Alex Kotlowitz.

Julie Justicz moved to the Bahamas when she was ten, and then to the United States as a teenager. She earned a law degree from the University of Chicago and received an MFA in creative writing from Vermont Center for Fine Arts. An attorney and advocate, Julie currently works on civil rights issues in Chicago. She lives in Oak Park, Illinois, with her spouse, Mary, and their two children.

Alex Kotlowitz is the author of four books, including his most recent, An American Summer: Love and Death in Chicago. His other books include the national bestseller There Are No Children Here, which the New York Public Library selected as one of the 150 most important books of the twentieth century. It received the Helen B. Bernstein Award and was adapted as a television movie produced by and starring Oprah Winfrey. His second book, The Other Side of the River, received the Chicago Tribune’s Heartland Prize for Nonfiction. Both No Children and River were selected by the New York Times as Notable Books of the Year. His book on Chicago, Never a City So Real, was released in paperback earlier this year.