Book Launch Party: VOTE HER IN by Rebecca Sive 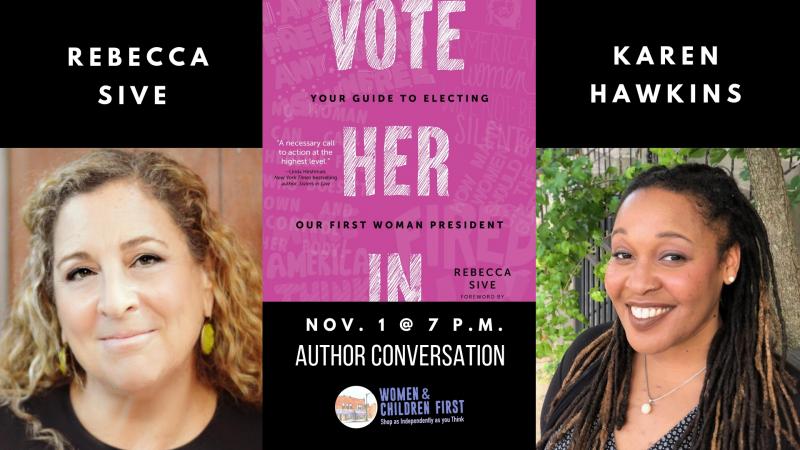 Women are wildly underrepresented at every level of the US government: federal, state, and local. Research has shown that women in legislative and executive political positions are far more likely than men to commit to policies that benefit women and girls of all kinds, so after centuries of underrepresentation, it's clear: our best bet for creating a system that is more fair, balanced, and just for everyone is electing our first Madam President. Donald Trump's election didn't mean defeat, and his policies targeting women have not silenced women. Instead, women across the country have been motivated to speak out louder than ever before. Part one of Vote Her In outlines the case for why we need to mobilize now, and Part two provides a clear strategy for how to get there, with 13 tractable actions that women from all backgrounds can take to help get each other (or themselves) into executive political offices and work toward electing our first woman president in 2020.

Rebecca Sive has held executive positions in business, government, philanthropy, and nonprofits and was a gubernatorially appointed founding member of the Illinois Human Rights Commission. She was also a founding board member of the Chicago Foundation for Women and was part of a national group of women leaders who developed women’s issues agendas for Presidents Bill Clinton and Barack Obama. She is the author of Every Day Is Election Day and has taught at the University of Chicago Harris School of Public Policy.

Karen Hawkins is the founder and rebelle in chief of Rebellious Magazine. She is an award-winning reporter and editor whose journalism background includes positions with the Associated Press, the Windy City Times, and the Milwaukee Journal Sentinel among others. Karen wants to thank her former boss for naming the online feminist magazine she'd always wanted to start when he called her “rebellious” for taking too many weekends off. Karen lives in Chicago with her partner Samantha and two aging cats they were supposed to return to PAWS.

Vote Her in: Your Guide to Electing Our First Woman President (Paperback)