Women & Children First is honored to welcome Cecile Richards for the only Chicago stop on her book tour for MAKE TROUBLE: STANDING UP, SPEAKING OUT, AND FINDING THE COURAGE TO LEAD. For this event, Cecile will be in conversation with David Axelrod. All tickets include a pre-signed copy of MAKE TROUBLE.

Buy Tickets HERE. Please note: the ticket price includes the book. All attendees will pick up their copy of the book at the event.

This event will be held at Senn High School Auditorium (5900 N. Glenwood). Doors open at 3:15. The event will begin at 4 p.m. There is no assigned seating, so arrive early for the best seat. Attendees will pick up their pre-signed copy of MAKE TROUBLE by Cecile Richards as they enter the auditorium. Attendees can enter the building through Door 10 (attached to the parking lot) or through Door 4 (the main entrance on the Glenwood side of the building between the columns). Guests can park in the lot behind the building. The entrance to the lot is on Thorndale on the south side of the street just before the sports fields. That lot has roughly 40 spots. Street parking is usually very easy in the area. None of the surrounding streets require permits.

From the time Richards was a girl, she had a front-row seat to observe the rise of women in American politics. She watched her mother, Ann, transform from a housewife to an electrifying force in the Democratic party who made a name for herself as the straight-talking, truth-telling governor of Texas. But Richards also witnessed the pitfalls of public life that are unique to women. Her experiences paint a powerful portrait of the misogyny, sexism, fake news, and even the threat of violence confronting those who challenge authority.

MAKE TROUBLE shines a light on the people and lessons that have gotten Cecile through good times and bad, and encourages readers to take risks, make mistakes, and make trouble along the way. Richards has dedicated her life to taking on injustice, and her memoir will inspire readers to hope and action.

Cecile Richards is a nationally respected leader in the field of womens health, reproductive rights, and social change. She began her career helping garment workers, hotel workers, and nursing home aides fight for better wages and working conditions. After years in the labor movement, she moved back home to Texas to help elect the states first Democratic woman governor: Her mother, Ann Richards. She went on to start her own grassroots organizations, and later served as Deputy Chief of Staff to House Democratic Leader Nancy Pelosi. In 2011 and 2012, she was named one of TIME Magazines 100 Most Influential People in the World. Richards is currently the president of Planned Parenthood Federation of America and the Planned Parenthood Action Fund, and is a frequent speaker and commentator on issues related to womens rights and activism. Richards serves on the board of the Ford Foundation. She and her husband, Kirk Adams, have three children and reside in New York City.

David Axelrod is a veteran of politics and journalism and the former chief strategist and senior advisor to President Barack Obama. He currently serves as director of the University of Chicago's non-partisan Institute of Politics and as the host of The Axe Files, a podcast jointly produced by CNN and his institute. Axelrod, a former political writer for the Chicago Tribune and media strategist behind 150 state, local and national campaigns, is also the author of The New York Times best-selling memoir, Believer: My Forty Years in Politics.

"For more than a decade, America has known Cecile Richards as the fierce and fearless president of Planned Parenthood. Make Trouble offers a window into her life: the early organizing effort that landed her in the principals office; the historic campaign of her mother, Ann Richards, for governor of Texas; her courageous leadership on behalf of women; her travels during the 2016 presidential election; and the lessons shes learned from the outpouring of activism America has seen since. With humor, heart, and hope, Cecile Richards offers practical advice and inspiration for aspiring leaders everywhere."
-Hillary Rodham Clinton

"Cecile Richardss story is powerful and infinitely readable. Whether you are newly woke, a longtime activist, or just a caring citizen wondering how to advance democracy in hard times, Make Trouble has the answers. Cecile takes the mystery out of activism, gives you practical examples of how it's done, and tells stories that melt the distance from your front porch to Washington. She is the best teacher on earthsomeone you trust."
-Gloria Steinem

"Make Trouble is a timely reminder that each of us has the power to fight for justice and create the change we want to see. With insight and humor, Cecile Richards offers a call to action for aspiring organizers and leaders. A must-read for anyone hoping to make a difference and trying to figure out where to start."
-Senator Kamala Harris

Make Trouble: Standing Up, Speaking Out, and Finding the Courage to Lead--My Life Story (Hardcover) 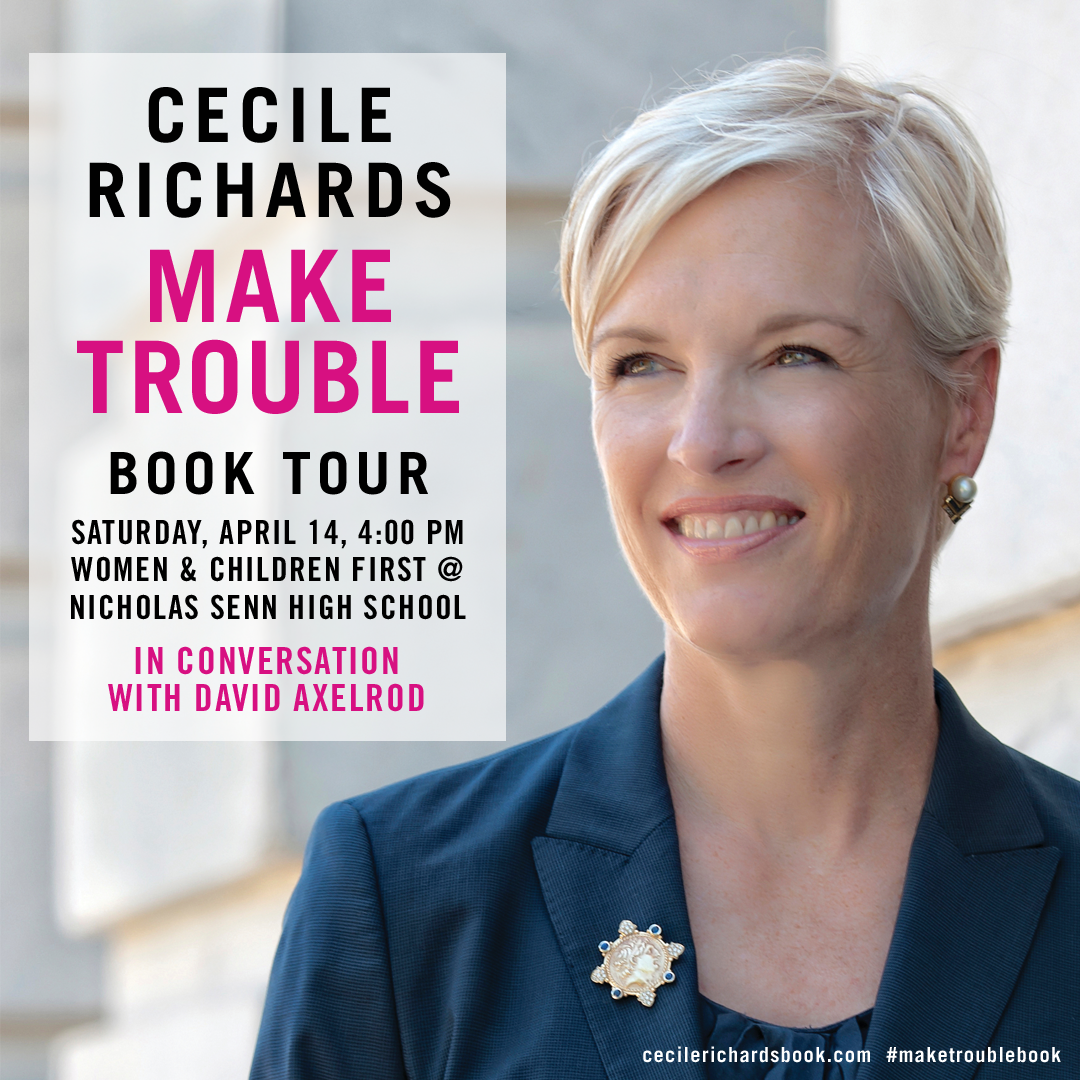