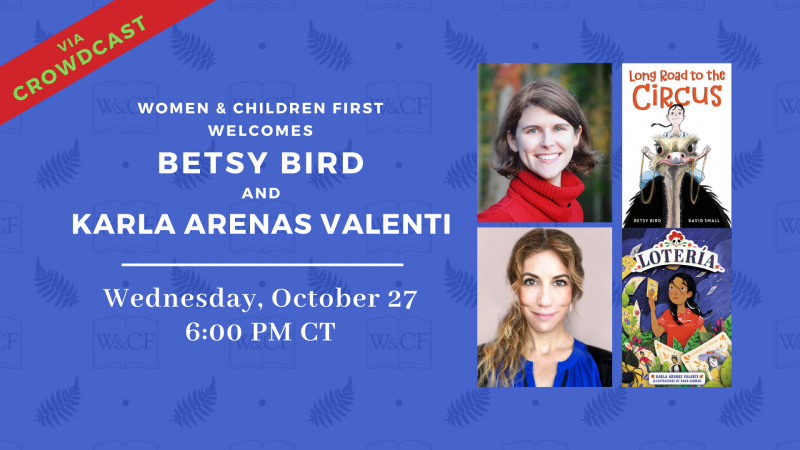 About Long Road to the Circus by Betsy Bird

Twelve-year-old Suzy Bowles is tired of summers filled with chores on her family farm in Burr Oak, Michigan, and desperate to see the world. When her wayward uncle moves back home to the farm, only to skip his chores every morning for mysterious reasons, Suzy decides to find out what he's up to once and for all. And that's when she meets legendary former circus queen Madame Marantette and her ostriches. Before long, Suzy finds herself caught-up in the fast-paced, hilarious world of ostrich riding, a rollicking adventure that just might be her ticket out of Burr Oak.

Betsy Bird is the Collection Development Manager of the Evanston Public Library, and the former Youth Materials Specialist of New York Public Library. Betsy reviews for Kirkus, served on the 2007 Newbery Award committee, and her children's literature blog, A Fuse #8 Production, is hosted by School Library Journal. Her books include Funny Girl, an anthology of humorous stories, and the picture books Giant Dance Party and The Great Santa Stakeout. Betsy was born in Kalamazoo, Michigan, and now resides in Evanston, Illinois with her husband and offspring. Visit her at her blog, a Fuse #8 Production on slj.com, or follow her on twitter @FuseEight.

About Lotería by Karla Arenas Valenti

In the hottest hour of the hottest day of the year, a fateful wind blows into Oaxaca City. It whistles down cobbled streets and rustles the jacaranda trees before slipping into the window of an eleven-year-old girl named Clara. Unbeknownst to her, Clara has been marked for la Lotería.

Life and Death deal the Lotería cards but once a year, and the stakes could not be higher. Every card reveals a new twist in Clara’s fate—a scorpion, an arrow, a blood-red rose. If Life wins, Clara will live to a ripe old age. If Death prevails, she’ll flicker out like a candle.

But Clara knows none of this. All she knows is that her young cousin Esteban has vanished, and she’ll do whatever it takes to save him, traveling to the mythical Kingdom of Las Pozas, where every action has a price, and every choice has consequences. And though it seems her fate is sealed, Clara just might have what it takes to shatter the game and choose a new path.

Karla Arenas Valenti weaves an adventure steeped in magic and mythology—gorgeously illustrated by Dana Sanmar—exploring the notion of free will in a world where fate holds all the cards.

Karla Arenas Valenti writes stories for and about kids, taking readers on journeys steeped in magical realism and philosophical questions. Her storytelling is heavily influenced by her Mexican heritage and layered with ideas and concepts she's picked up in her many travels around the world. She currently resides in the Chicagoland area with her husband and three kids, two cats, and hundreds of books. Karla writes picture books (she is the creator of the "My Super Science Heroes" series). Loteria is her debut middle-grade novel.

Long Road to the Circus (Hardcover)