The year 2017 marks the 100th birthday of the late poet and cultural icon Gwendolyn Brooks. Miss Brooks' depictions of poor and working-class African Americans provides insight into the civil rights movement of the 1960s; and her lens on the Great Migration, hard and necessary truths about race injustice, and the Black Power movement interprets and contextualizes current racial inequities and tensions. This collection of poetry, essays, and art inspired by the work of Miss Brooks celebrates her life, writing, and activism.

Quraysh Ali Lansana is author or editor of twenty books. He is a faculty member of the Writing Program of the School of the Art Institute of Chicago. Lansana served as director of the Gwendolyn Brooks Center for Black Literature and Creative Writing at Chicago State University from 2002 to 2011.

Sandra Jackson-Opoku has written two novels. The River Where Blood Is Born earned the American Library Association Black Caucus Award for Best Fiction. Hot Johnny (and the Women Who Loved Him) was an Essence magazine bestseller. Her fiction, poetry, articles, essays, and scripts have appeared the Los Angeles Times, Ms., the Literary Traveler, Islands magazine, and elsewhere.

Tara Betts is the author of Break the Habit and Arc & Hue. Her chapbooks include the upcoming Never Been Lois Lane, 7 x 7: kwansabas, and THE GREATEST! An Homage to Muhammad Ali. Tara holds a MFA from New England College and a PhD from Binghamton University. Her poems, essays, and short stories have appeared in several magazines and anthologies, including Essence, POETRY, NYLON, Octavia's Brood, The Break Beat Poets, CHORUS: A Literary Mixtape, Home Girls Make Some Noise, and both Spoken Word Revolution anthologies. Tara currently teaches at University of Illinois at Chicago.

Keith S. Wilson is a game designer, an Affrilachian Poet, Cave Canem fellow, and graduate of the Callaloo Creative Writing Workshop. He serves as assistant poetry editor at Four Way Review and digital media editor and web consultant at Obsidian. Keith's poetry has been published in two chapbooks: Generation Oz and Kindermeal. Keith's poetry has appeared in a number of anthologies and journals. Additionally, Keith has had poems nominated for a Pushcart Prize and Best of the Net award. 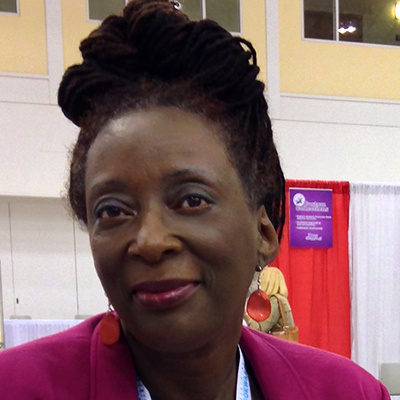