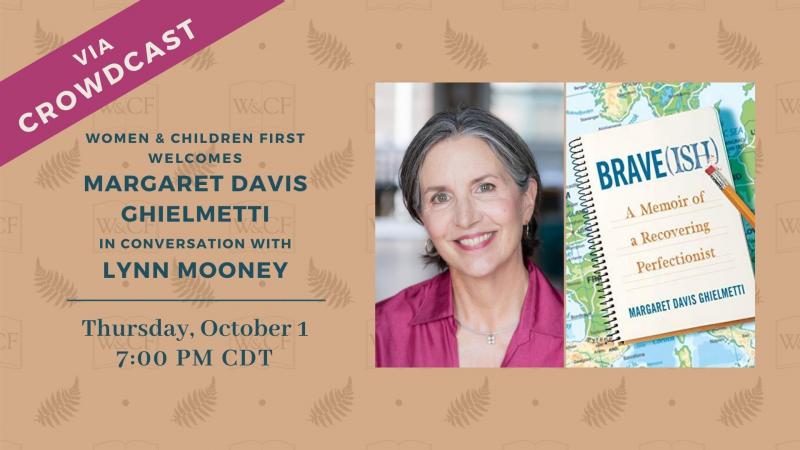 REGISTER THROUGH Eventbrite for notificatiosn and updates!

At forty, Margaret quits her sales job to follow her husband's hotel career to Paris. She's setting sail on this adventure with a glass half full of bravery, a well-traveled passport, a journal in which she plans to write her novel, and the mentally engrained Davis Family Handbook of Rules to Live By.

Everyone tells Margaret she's living the dream, but she feels adrift without a professional identity. Desperate to feel productive and valued, she abandons her writing and throws herself into new roles: perfect wife, hostess, guide, and expatriate. When she and her husband move to Cairo, however, the void inside she's been ignoring threatens to engulf her. It's clear that something needs to change, so she does the one thing she was raised never to do: asks for--and accepts--help.

Over the next fifteen years abroad, the cultures of Egypt, Thailand, and Singapore confront Margaret with lessons she never would have learned at home. But it's only when they move back to Chicago--with Margaret now stepping into the role of perfect caretaker to her parents--that she has to decide once and for all: will she dare to let go of the old rules and roles she thinks keep her safe in order to step into her own life and creative destiny?

Margaret Davis Ghielmetti is a Chicago writer, "live lit" storyteller, solo performance artist and photographer.  She and her Swiss husband have lived on four continents and have visited nearly fifty countries. Those travels inform her rallying cry ("The world is not my enemy!") and her creative work (including winning two StorySLAMs with The Moth.)  She is the creator of the solo show, “Fierce.” She is proud to have been included in Newcity's LIT 50 2020.

Brave(ish): A Memoir of a Recovering Perfectionist (Paperback)